The Republic of Senegal is located in West Africa, bordering to Mauritania in the North, Mali in the East, Guinea & Guinea-Bissau in the South, and Gambia right in the middle. The Westside of Senegal is a 531 km long coastline into the Atlantic Ocean. With the triangular Cap-Vert peninsula, on which Dakar lies, Senegal is the westernmost country on the African continent (CIA).

The population of Senegal reaches close to 13 million. In colonial times, Dakar functioned as a central port of the colonised West Africa with the famous slave island; île Gorée[1] thus inducing the strong ties between Senegambia and the African-American slavery descendants in the USA, which we see to this day[2].

During the colonial period, Dakar was, together with the northern city of Saint Louis, considered the administrative capital of French West Africa. For a while, France applied assimilationist policies in Senegal, offering the citizens of the four major administrative colonial “communes” (Dakar, Île de Gorée, Saint-Louis and Rufisque) the entitlement to French citizenship with greater political and educational privileges, than those who were not born in these particular communes. Thus, Senegal, and at least some of the Senegalese population, has ever since the colonial period had a special status and connection to France and consequently also the rest of Europe, when compared with other French West African colonies in the region (for example Mali, Guinea-Conakry, Burkina Faso) and other African states in general.

[1] Included in UNESCO’s World Heritage Programme, and a central point for tourism in Senegal and West Africa in current times.

This page is under development – Please revisit for further information and practical tips to your stay in Senegal! 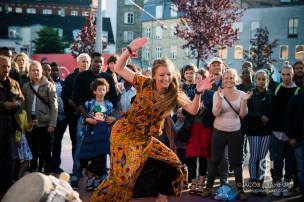